GIOI by the Farm in Pantai Indah Kapuk

The farm-to-table concept, where a restaurant’s ingredients are sourced directly from local producers, is far from being a fad. Jakartan diners have slowly but surely caught on to this trend over the past few years, and it’s championed by the likes of GIOI, a restaurant group blending Southeast Asian fusion cuisine with quality, local ingredients.

Now, it’s making their boldest move yet with the new GIOI by the Farm in Pantai Indah Kapuk (PIK), North Jakarta. This new location proudly wears its concept on its sleeve, as it’s located in the middle of an urban farm where we can gorge on their versions of classic Southeast Asian cuisine while admiring the lovely sunflowers outside. The tropical vibe of GIOI by the Farm

The name GIOI, pronounced ‘jioy’, comes from a Vietnamese word that roughly translates to the compliment “Well done!” And it deserves praise for paying attention not just to its kitchen, but also to the source of its ingredients – mostly grown in their farm in Ciawi, West Java. While the name might be Vietnamese in origin, their inspiration comes from all over Southeast Asia. To start with, try out the Som Taam (Rp. 75,000, ~USD5.32) the classic Thai papaya salad which in GIOI’s version comes with extra oranges and pomelos just in case you need an extra dose of freshness to start your dining experience. GIOI’s trademark Salmon Lodeh with a creamy vegetable and coconut milk stew. Be warned, the lodeh has a bit of a kick to it.
Image credit: @gioijakarta

For the main course, we highly recommend going for the much-raved Salmon Lodeh (Rp. 155,000, ~USD11.00). Lodeh is a traditional Javanese creamy soup dish of vegetables and mildly spiced coconut milk broth and while it’s not something you’d normally pair with a salmon, GIOI’s rendition works strangely well. When it comes to food, the outlet in PIK is just as good as their previous locations in Senopati and Menteng. In terms of ambiance though, GIOI by the Farm is in a class of its own. While you’re waiting for your food to be served, spend time exploring the farm’s lovely sunflower garden
Image credit: @veratheexplorer

As the name implies, GIOI by the Farm is located inside the Urban Farm PIK complex, a little slice of nature in the reclaimed Golf Island in North Jakarta. The island is already popular as one of Jakarta’s best cycling spots and it looks like we’re not going to run out of praises for the area any time soon. Next to GIOI is the Toby’s Estate coffee shop where you can enjoy some cold drinks on the steps outside while checking out the farm
Image credit: @tobysestateid

Green spaces are a bit of a commodity in Jakarta and the farm’s lovely sunflower gardens make for a nice reprieve after seeing one too many of our city’s towering skyscrapers. As it’s located right by the ocean, the area has a nice breeze even during the day, making even alfresco dining viable under Indonesia’s blazing, hot sun. The Kinetic Farm plant shop has everything you need to get started on joining in the houseplant fandom
Image credit: @kinetic.farm

If you’re keen on creating your own slice of greenery at home, the Kinetic Farm eco-living store next door is the perfect spot to practice your green thumb. The plant shop is small but they have some of the cutest terracotta pots if you’re looking to add some spark to your home office setup.

GIOI by the Farm in PIK inside a lovely sunflower garden

PIK might be a bit out of the way for those of us living in downtown Jakarta, but as far as culinary hotspots go, it’s worth a trip out. With the Panjtoran food court and its classic Chinatown vibes within walking distance, the new GIOI by the Farm offers city-dwellers a new place to dine out even if you’ve been to their other locations before.

For more dining recommendations in Jakarta, check out these stories: 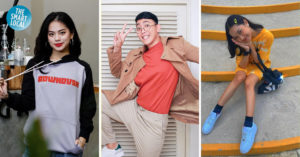 8 Funny Indonesian TikTokers’ Accounts For You To Check Out If You’re Into Millennials' & Zoomers’ Absurd Humor
8 Brunch Cafes In Jakarta Serving All-Day Breakfast, Waffles, Toast, & More To Satisfy Your... 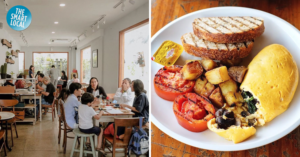