Bread can be challenging to make on your own, so when there are skillful home bakers who are able to make mouthwatering vegan buns, Lebanese pastries, and garlic rolls, you can’t help but be amazed.

Fans of bread who want to add wholesome and fresh homemade bread and pastries to their breakfast menu will want to check out the 8 Jakarta home bakeries below. Not only will you get delicious treats, but you’ll also support local bakers during these trying times.

Don’t forget to check the instructions on how to order items from these Jakarta home bakeries, so that they’ll have ample time to prepare the food and arrange deliveries. People on special diets might want to go for the Pull-a-part Bread (Rp. 85,000,~USD6), which looks like a crown of interconnected small soft buns with a pillow-like texture. There are seven flavors on offer, and you get to choose from vegan, egg-free, and dairy-free options. The intricately-designed Monkey Bread (Rp. 50,000, ~USD3.50), is a chewy cinnamon sugar bread that’s perfect for those who have a sweet tooth. For the full menu and price list, click here.

To give the bakers time to prep your bread, place your order 2 to 3 days in advance via Whatsapp at 08531233338. Deliveries are made within Jakarta from Monday to Saturday, from 9AM to 3PM. Tokopedia users can also head over to the app or website. Aside from their signature item, Knotted Dough Bakery also offers Nutella and Hazelnut Babka Buns (Rp. 40,000, ~USD3), which will leave you with a full and happy tummy as they are quite big and rich with chocolate. You can also try their Chocolate Chip Cookies (Rp. 15,000, ~USD1), and donuts, which are available in two flavors: Eton Mess and Pistachio Cream (Rp. 45,000, ~USD3).

Get in touch with the bakers through Whatsapp at least 3 days in advance. Bananas are nutritious, tasty, and convenient. Their natural sweetness doesn’t only make them a much-loved healthy snack, but they can also become ideal fillings for Pisang Lilit or Pisang Molen, a popular Indonesian pastry.

Ketagihan PL Kalibata has a variety of such banana pastries. Pisang Lilit Premium (Rp. 35,000, ~USD2.40), which is a banana-filled flaky pastry that looks like an elongated pie. Those who prefer bite-sized snacks should try Molen Unyil (Rp. 35,000, ~USD2.40). Toppings include chocolate sprinkles and shredded cheese. The other banana pastry item on the menu is simply called Banana Pastry (Rp. 45,000, ~USD3), which is dressed with shredded cheese. The pastry follows the shape of a halved banana, making it look like a crescent moon.

Place your order two days in advance through WhatsApp, or search for Tanamo Coffee on GrabFood to satisfy a sudden craving. Fried food is a common comfort food, and sweet treats in this category like donuts often come to mind. A popular fritter in Italy that’s popular in Indonesia too is bombolone, which is a fried bun with a sweet filling. Bombolognee is the bakery to check out if you’re craving for a sugar bomb.

Bombolognee has two types of soft bombolone on their menu: Mini Bomboloni (Rp. 60,000, ~USD4), which comes in sets of 10 of whichever two flavors are available, and Regular-sized Bomboloni (Rp. 10,000, ~USD0.70). Note that to order the regular-sized fried buns, you’ll need to purchase at least 5 pieces. The selection of flavors include vanilla rum, chocolate rum, strawberry crème, original cream cheese, salted caramel, and cremè matcha. All ingredients are halal, and rum essence is used so those who don’t consume alcohol can also enjoy the bombolone.

Order at least a day in advance via WhatsApp. You can also arrange to pick up the treats yourself. Wen’s Roti delivers fresh soft buns that are ideal for a quick breakfast or a light snack in between meals. They fall somewhere between bread and dessert as they are sweeter compared to regular loaves. If soft buns are up your alley, you can order anytime from Monday to Saturday through WhatsApp or Tokopedia. Bakeries that boast a variety of Lebanese pastries and desserts are still a rarity in Jakarta, so if you’ve never tried them before, take a peek at Mami Makes’ menu. Go to Shopee, Tokopedia, or DiRumahAja to order. Alternatively, you can also send the owner a message through WhatsApp. If you want your pastries and dessert to be delivered the following day, be sure to order before 5PM. The combination of crunchy pastry and creamy vanilla custard that dissolves in your mouth makes Portuguese Egg Tarts one of Pink Buns’ best-selling items. They come in sets of six (Rp. 90,000, ~USD6) and twelve (Rp. 120,000, ~USD8). To get your hands on either an egg tart set or a cinnamon bun box, contact Pink Buns through Whatsapp or go to Tokopedia. DM them on  Instagram to order these savory and sweet delights.

Share this list of 8 Jakarta home bakeries with fellow bread enthusiasts who are eager to spice up their breakfast or late afternoon snack menu. Follow the bakeries’ social media accounts to keep yourself updated with the latest pre-order (also called PO among home bakeries and cooks) details, and perhaps even newly added items. 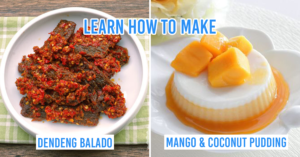 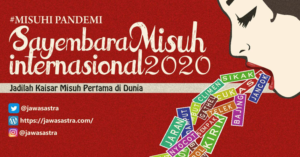