From staples such as Dunkin’ Donuts to homegrown heroes such as J.Co Donuts & Coffee, donuts are an inseparable part of our way of life. Just count how many times these ring-shaped treats are served in your office whenever one of your colleagues is having a birthday.

But we’re also willing to bet you’ve never seen donuts the way Lukumades from Australia serves them. This donut chain recently opened their first Indonesian outlet in Aeon Mall BSD and netizens are already drooling over their brand of Greek donuts, known as loukoumádes.

Donuts by way of the Greeks Loukoumádes before being bathed in sauce

At first glance, these Greek donuts look just like Japanese takoyaki and are also a bit similar in that they’re eaten with a wooden stick. On the outside, each is just as brown and crispy as the typical donut but on the inside, they’re pleasantly chewy. Unlike regular donuts, there’re no fillings or toppings here as the flavor instead comes from the generous sauce bathing each donut ball.

The dish has a long history that dates back to ancient Greece and it’s said that winners of the Olympic games back then were presented with loukoumádes covered in honey. To this day, no trip to Santorini would be complete without ducking into one of the many loukoumádes shops spread around the island. If you’re wondering if Lukumades’ version might come off as inauthentic, don’t worry as the chain was actually started by a Greek immigrant, Exarhos Sourligas. His version of Greek donuts though is a mix of old and new as the flavors on offer look straight out of modern dessert cafes.

Donut balls with a choice of several tantalizing flavors The Original with honey and cinnamon
Image credit: @crankytummy

At the moment, Lukumades has a selection of 13 different flavors to choose from. If this is your first rodeo, we recommend going for The Original (Rp. 48,000, ~USD3.21) flavor of just honey and cinnamon powder. If you’re trying to keep tabs on your sugar intake, go for the Dark Delight (Rp. 58,000, ~USD3.88) with melted dark chocolate topped off with crushed pistachios. Bargain-hunters should meanwhile go for the Lotus Crunch (Rp. 68,000, ~USD4.55) with both melted and crushed Biscoff. We like the added crunchiness provided by the biscuits and the fact that this is also dairy-free means vegans don’t need to feel left out. Do note that it’s made in limited amounts each day. We’re also very happy to see that Lukumades has kindly thought of us poor decision-makers with the Half-Half (Rp. 68,000, ~USD4.55) where you get to mix two different flavors in one box.

Do note however that Greek donuts are best served hot and since dine-in is still unavailable because of PSBB, make sure to reheat them a bit before gorging on these treats at home.

Even though they’re just barely a week old, Lukumades already has plans to open a second outlet in Lippo Mall Puri in West Jakarta. Their social media presence has grown so quickly in that span of time as well, and we’re willing to bet many netizens have been drooling as much as we have over their donut balls.

Check out their Instagram account to see when their next outlet is going open and when they will finally be available for deliveries.

For more treats around Jakarta, check out these stories: 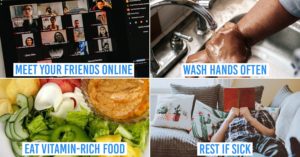 Self-Isolating In Jakarta During COVID-19: What To Know & How To Stay Healthy
Galungan Festival 2020: Bali Residents Celebrate Triumph Of Good Over Evil With Unique Ceremonies