Desserts to order from home businesses in and around Jakarta

Savory snacks are delicious, but some days just call for comforting sweet treats such as brownies, tiramisu, or cookies. They’re especially great for celebrating your much earned me-time after a hectic day or week at work.

If you’re not much of a baker, and you want an alternative from dessert cafes, we’ve put together a list of 8 dessert home businesses in and around Jakarta. To give the home chefs time to prepare your goodies to satisfy your sweet tooth, order several days in advance. You can have the sweets delivered to your house, or you can contact the owner directly to arrange a pick-up. Mom’s homemade cakes are on offer at Depok-based Dapur Nyokap Gue – which literally means “my mom’s kitchen” – from assorted cookies to the intricate lapis legit. As cakes are usually made per order and require time to prepare, it’s recommended that you order 5 days in advance via Whatsapp. Klaapertaart is a Dutch-influenced Manadonese dessert that’s made of a mix of coconuts, flour, milk, and butter. Madam Seroja’s signature dessert is klaapertaart (starts from Rp. 85,000, ~USD6), and it’s sprinkled with a generous amount of shredded cheese, which adds a subtle savory flavor. Atorie Bakes’s brownies are soft on the inside, and baked to a nice crisp on the outside – which contributes to the cake’s ideal texture. They’re also not too sweet, and go well with a cup of tea or coffee. Cookies that are on sale are matcha white chocolate chip cookies and the uniquely-flavored kinako snickerdoodles, which are made of kinako (roasted soybean flour) that gives the cookie a soft nutty taste. Prices start from Rp. 42,000 (~USD3).

Deliveries are made on Mondays and Fridays, and orders are welcome 3 days in advance via Instagram DM. The word “dessert” may instantly bring cakes and cookies to mind, but let’s not forget other sweet treats such as tiramisu. Fans of soft sweets that melt in your mouth will want to try Toko Kue Troli’s specialty item.

For Rp. 75,000 (~USD5) a box, you can treat yourself to a box of Original Tiramisu that fuses cheesy and chocolatey flavors. For something different from the classic Italian taste, go for the Matcha tiramisu (Rp. 25,000, ~USD2), which is served in a personal-sized cup for you to enjoy as a late afternoon snack or after a meal. You can order your treat of choice through Instagram DM, Tokopedia, or Shopee through this link. Be sure to check Instagram for the pre-order dates. Most Indonesians have grown up eating Marie Regal biscuits, and it’s safe to say that these snacks have stood the test of time as they’re still being eaten today. But one of the current dessert trends proves that even classics can be given a modern twist – such as Ding & Co’s creamy pudding that’s decorated with these familiar biscuits. Based in Tangerang, Ding & Co boasts several delicious puddings such as Choco Marie (starts from Rp. 65,000, ~USD4.50), which is chocolate pudding topped with biscuits. There are also more mature flavors such as the Coffee Marie and alcohol-infused Rum Regal Marie, which both start at Rp. 75,000 (~USD5). You can request for extra vla, which is a Dutch type of custard commonly used for pudding, (starts from Rp. 15,000, ~USD1).

Ding & Co accepts orders from Mondays to Saturdays starting from 9AM to 8PM via WhatsApp at 081290848603 or LINE @ding.and.co. Be sure to order 3 days in advance at the very least. All products are best consumed within 6 days, and they must be kept refrigerated.

6. In My Hand by Kanani – sweet banoffee pies and large thin cookies Slightly similar to tiramisu in terms of texture, In My Hand’s Banoffee Pie is an interpretation of the popular English dessert whose main ingredients are bananas and toffee. Those who like soft desserts, but would like a change from froyo or ice cream, should definitely give it a try (Rp. 70,000, ~USD5). If you’re more into cookies, the wide cookies that are crispy on the outside but chewy on the inside on offer will satisfy your sugar craving. Sold in sets of three (Rp. 55,000, ~USD4), you can choose from three flavors: classic, chocolate chunk, and cookies & cream.

Send a message via Instagram DM to place your order. 8. Nastar Istimewa Madam Nana – jars of cookies to keep you munching happily while working from home Cookies come in different shapes and sizes, and Nastar Istimewa Madam Nana is ready to treat you to variations of classic Indonesian favorites.

At the heart of the menu is Nastar (Rp. 100,000, ~USD7) – pineapple jam-filled soft cookies – that dissolve in your mouth. Once you take one, you’ll need a lot of effort to stop. Desserts to order from home businesses in and around Jakarta

The next time you’re looking for some sweets to go with your coffee or tea, you should definitely consider ordering some from the home businesses listed above. These desserts can also make nice gifts for friends and family, as sweets rarely fail at turning a frown upside down. 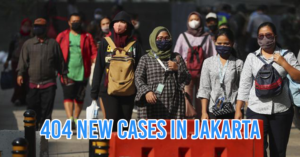 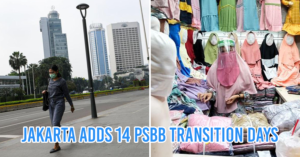