While Indonesia’s COVID-19 vaccine rollout has picked up with the number of active cases going down in some places, the government is still enforcing restrictions to prevent the spread of the virus, and people are urged to maintain health protocols – including social distancing.

The party was held at the Regent’s office

A shaky video of the party shows a crowd dancing in close proximity
Video credit: @kabarjambiupdate

The party was held on Saturday, 10th April 2021 at the hall of the West Tanjung Jabung Regent’s office and featured a live DJ and disco lights. It was attended by hundreds of students from the area.

Footage from the event soon emerged on social media, prompting a police raid that dispersed the crowd at around 11PM.

20 people were brought in to the West Tanjung Jabung Police headquarters, and the party’s event organizer – identified by his initials RC – has been charged with breaking the Health Quarantine Law, an offence punishable by up to six years in prison.

Understandably, footage from the high school leavers’ party was quick to go viral and prompted outrage on social media – especially the fact that it was held at a local government office.

On a video of the party posted on Instagram by gossip account @lambe_turah, user @ayura.ayu commented, “The question is, who allowed [the event to take place]? How could [the local government office’s hall] be used for a party?”

On the same post, user @aditya16candra expressed his astonishment at the footage, calling today’s students “crazy”, while user @salmanalfarr_ did not shy away from calling those involved at the party “burdens on their parents”.

According to West Tanjung Jabung Police Chief Guntur Saputro, students who attended the party will be taking COVID-19 antigen swab tests and participate in an Islamic retreat in early Ramadan “to build their mentality”.

Although more and more people are being vaccinated against COVID-19 and things are slowly getting back to normal, we must keep in mind that the pandemic is not over yet, and adhering to health protocols is the only way we can get through this – especially for those who are vulnerable.

It may be a while until we can host gatherings safely again, but the time will come sooner than later if, for the time being, we comply with restrictions and do our part to prevent the spread of the virus. 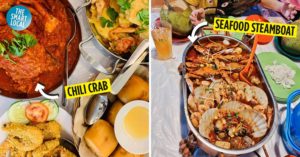 10 Seafood Restaurants in Batam That Serve Fresh Fishes & Crabs For Group Dining With A View
Opus Bay Integrated Township Is Launched In Batam, Will Feature Resort-Style Luxury Housing With Seafront... 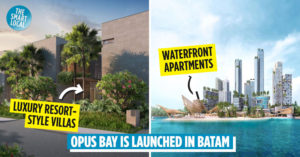