Jakarta is a city that’s notorious for its heavy traffic – so much so that the view of empty streets during the early stages of large-scale social restrictions made residents who are used to the hustle and bustle feel disoriented.

While Indonesia is still battling COVID-19, the economy has reopened, and the clear blue skies visible in previous months have slowly faded. As a large portion of workers are going back to their offices, traffic will once again become an issue.

The reinstatement of Jakarta’s odd-even traffic – or ganjil-genap – rationing in early August means that cars with odd or even-numbered licence plates can pass through the city streets only on odd or even dates respectively. This decision has sparked health concerns as the policy could cause the overcrowding of public transportation.

The reinstatement of the odd-even traffic policy in August Before COVID-19 hit Indonesia, Jakarta had imposed an odd-even traffic policy that aims to reduce the volume of traffic on the streets. Cars with license plate numbers that correspond to either odd or even dates can pass through marked routes from 6AM to 10PM, and from 4PM to 9PM. There are currently 25 odd-even routes spread across Jakarta.

This policy was suspended through much of the large-scale social restriction – or PSBB – period, so that those who had to go to work could use their own vehicles and avoid public transportation.

In early August, as more and more companies began to require employees to return to the office, the odd-even rationing was reintroduced with fines of up to Rp. 500,000 (~USD34.04) for policy breakers.

Pros and cons of the odd-even rationing during the pandemic The restricted routes under the odd-even rationing policy in Jakarta

Implementing the odd-even rationing policy at a time when the number of confirmed COVID-19 cases are still high has sparked debates.

On one hand, suspending the policy could help reduce the number of people who have to commute by public transportation, reducing crowding on trains and buses. But on the flip side, unlimited mobility could encourage residents to go around the city instead of staying at home.

Diverting commuters to public transportation can still cause crowding

Traffic congestion has a significant impact on Jakarta’s air quality, but experts have noted that efforts to reduce congestion could potentially prolong the pandemic as those taking public transport will not be able to physically distance effectively even if vehicles such as buses and trains are operating at a 50 percent capacity. Waiting in line at bus stops or train stations could also be a health hazard.

According to Syafrin Lupito, head of the Jakarta Transportation Agency, the odd-even policy was reintroduced because entry and exit permits to and from Jakarta are no longer required – increasing the likelihood that residents from neighboring cities will travel in the capital more freely.

Twitter user @eko_kunthadi shared this video of a crowded day at Jakarta’s Tanah Abang station, showing frustrated commuters who had no option but to take public transport. Another user @Matarael chimed in on a Twitter discussion about the rationing policy, adding that even if social distancing in reopened schools and offices made these facilities safe for people, people could still be exposed to the COVID-19 virus on the way to their schools or offices. He used a set of emojis that demonstrated that commuters in private vehicles would be much less exposed to viruses as compared to commuters in shared public transport.

Traffic problems are linked to the city’s infrastructure

The pandemic has clearly revealed many problems with the city’s infrastructure, and traffic congestion and public transportation efficiency are just two of them.

Creating more safe sidewalks and open public spaces, as well as enabling the use of more green transportation methods such as bicycles could be some ideas to start implementing. Let’s hope that the much-needed discussions won’t end here. 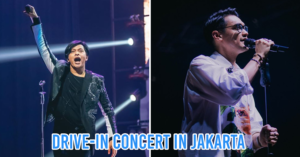 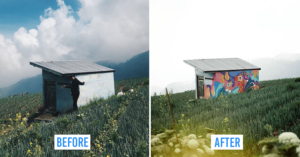