A mother boarded SJ182 with her three children

On 9th January 2021, Ratih Windania boarded Sriwijaya Air Flight SJ182 with her three children. The family members were headed to Pontianak, West Kalimantan from Jakarta to visit Ratih’s husband who works in Pontianak.

Unfortunately, the family would never be reunited. Flight SJ182 lost contact with officials and crashed minutes after taking off from Soekarno-Hatta Airport in Jakarta. 62 people on board are now presumed dead, including 40 adults, 7 children, 3 infants, and 12 crew members.

Update: one of flight SJ182’s two black boxes has since been found.

The kids’ father was waiting for them in Pontianak Speaking to the media, Pilu Yaman Zai, the husband & father of the victims, revealed that the last time he had contacted his wife was at 1.30PM local time on 9th January. He also shared with local reporters that the family had plans to take a vacation together, as he had been working in Pontianak for over a year now. He had been waiting an hour prior to the flight’s scheduled arrival at the Supadio International Airport in Pontianak for his wife and three children, including one newborn, but they never appeared.

Usually, flights from Jakarta to Pontianak are short, taking 1.5 hours on average. Upon arrival at Supadio Airport, Yaman Zai waited for a while before finding out that the Sriwijaya Air flight that his wife and 3 children boarded had been reported missing. A pink hoodie was retrieved yesterday (10th January) by the divers of Indonesia’s national rescue and search agency. It also was the first piece of clothing to be found, and helped confirm the crash site of the flight. The family’s second child Yumna wearing the hoodie while on holiday last December with her family
Image credit: @ratihwindania

From the passenger records, it was quickly revealed that the pink hoodie belonged to passenger number 45, who was Pilu Yaman Zai’s second daughter named Yumna.

Once the media reported the discovery of the pink hoodie, netizens were quick to find the picture of the victim. In a television interview, Yaman Zai confirmed that the pink hoodie retrieved was indeed his daughter’s.

Officials are working to identify victims in Jakarta As more human remains and victims’ belongings have been retrieved from the Java Sea, postmortem and DNA sampling is underway to identify the victims and provide relief to the families. As of the time of writing, 8 bags of human body parts have been retrieved from the Java Sea crash site. The Disaster Victim Identification team is working to identify the victims with the help of victims’ relatives coming forward to provide DNA samples.

Our condolences to the victims’ families

Not only are many Indonesians following the progress of the search for victims closely, but international readers are also keeping tabs on the news with the social media hashtag #SJ182 on Facebook and Twitter.

We hope the Sriwijaya Air crash victims can be found soon so that they can be laid to rest, and our condolences go to the victims’ families and loved ones.

For more Indonesia news, check out: 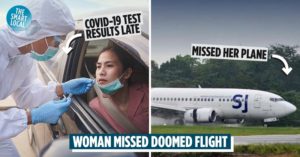 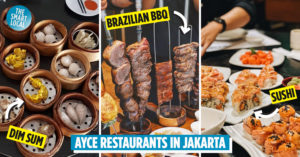