Surrounded by numerous temples with an ancient Javanese palace sitting in the heart of the city, Yogyakarta is teeming with history. The Kraton palace complex, dubbed as the center of Javanese culture, is a must-see when you’re in the area – but the Taman Sari water castle to the west of the Kraton is just as worthy of a visit.

This royal bathing house fell into disrepair after an earthquake in the late 19th century but since its restoration in the 1970s, it continues to be one of our favorite spots in the city. With scenic pools and an underground mosque complex that’s long been considered a nirvana for shutterbugs, there’s plenty to see in the Taman Sari historical site.

Royal bathing house for the royal family of the Yogyakarta Sultanate When it was first built in 1758 as a holiday home for the royal family, the Taman Sari complex was bigger, with an opulent water castle surrounded by a large artificial lake. While the artificial lake has since turned into a residential settlement, the water castle itself has maintained much of its original charm, with the picturesque bathhouse and the courtyard lovingly preserved. The western Gapura Agung with its bird motifs used to be the main entrance to the complex
Image credit: @kalynlin_

The entrance to the complex is through the Gapura Panggung gate to the east, which opens to a courtyard just before the bathing area. As with the Kraton, Taman Sari retains its original Javanese architecture with the gate being particularly notable for a pair of dragon reliefs that sit on each side. While you’re not allowed to jump inside the pool, sitting by them is more than okay
Image credit: @aat_sholichah

The main bathing area itself consists of three separate pools, with two being reserved for the Sultan’s children and his wives. And before you ask, yes, that’s indeed wives, plural. To the south and separated by a tower is the Sultan’s very own private pool, now a highly popular photo spot thanks to the steps that extend from the tower directly into the pool.

While it’s easy to imagine the Sultan and his family frolicking inside the once-palatial complex, Taman Sari hasn’t been used as a bathing house for more than a century. Tourists are expressly forbidden from taking dips inside the pool, and advised to behave respectfully inside the complex. The bathhouse complex is flanked by a pair of eight-sided courtyards
Image credit: @handininp

Past the bathing area, the exit leads straight into the surrounding kampungs but there’re still more sights to see to the north in what used to be islands of the artificial lake. Far from being tight and suffocating, the well-ventilated tunnel is actually pretty picturesque
Image credit: @diyahthediva

In the past, traveling between the points of interest in Taman Sari had to be done in a canoe or through a network of underwater tunnels that runs through the complex. The water has since completely dried up but parts of the tunnel are still accessible to this day, with tourists trafficking the surprisingly well-ventilated pathway that connects Pulo Kenanga and Sumur Gumuling. There’s nothing left on Pulo Kenanga, or Kenanga Island, other than the ruins of Kenanga Building, but it’s actually the ruins itself that make Kenanga worthy of a visit. The crumbling structure gives the area a bit of a Parthenon-like vibe and it’s no wonder why soon-to-be newlyweds sometimes pop up nearby to stage their pre-wedding photoshoots. It’s believed that art exhibitions were regularly held within the Kenanga Building in the past
Image credit: @anifiyatripurnami

In the past, Pulo Kenanga, sometimes referred to as Pulo Cemeti, is believed to be where the Sultan had his moments of R&R while admiring the Taman Sari complex from the top of the building.

Unlike Kenanga that can be reached from above ground, the underground mosque Sumur Gumuling, or Gumuling Well, can only be reached via the underground tunnel. This quirk is partly because Gumuling doubles as a fort, as Indonesia was still going through a turbulent period with Dutch colonial forces back then. Depending on the position of the sun, you can quite literally see Sumur Gumuling’s iconic stairway in a whole new light
Image credit: @yoodonghwa

That takes nothing away from the surreal beauty of Gumuling itself, which architecturally rivals Indonesia’s most unique mosques although it’s sadly no longer in use. Of particular note is the stairway that leads to the second floor of the mosque, which stands directly below the open-air dome, and is hands down the most coveted photo spot in all of Taman Sari. There used to be another tunnel past Sumur Gumuling that was said to extend all the way to Parangtritis Beach to the south. Legends say that the mystical ‘Queen of the Southern Sea’ Nyi Roro Kidul used to walk down this tunnel and meet regularly with the Sultan in Gumuling, but with the tunnel closed down, the truth may never come to light.

Taman Sari in Yogyakarta is an ancient royal bathhouse

Merely a half kilometer away from the Kraton and the iconic Jalan Malioboro, there’s little to lose by making a stop to Taman Sari. Do note that it’s a highly popular spot among tourists and it’s best to visit in the morning when people are still gorging on their breakfast buffets to avoid the crowd, useful if you’re trying to nab the best photos.

For history buffs, there are plenty of locals in the area who double as pay-as-you-like tour guides but note that their English might be limited. You can make arrangements with a tour guide online ahead of time as well.

For more spots to check out in Yogyakarta, check out these stories: 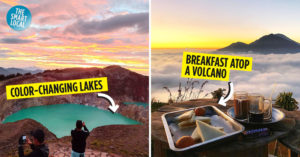 8 Hiking Trails In Indonesia For Beginners, With Postcard-Perfect Waterfall, Rice Paddy & Lake Views
9 Muslim-Friendly & Halal Indonesian Makeup Brands For You To Get Every Look, From Natural... 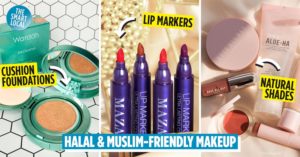