No matter how guilty you may feel after gobbling up a whole burger, it’s impossible to stay away from this wholesome comfort food. But while McDonald’s, Burger King or Wendy’s are still popular, local takes on burgers can be just as magical.

For true burger fans looking to sample all the burgers there are in town, it would probably be a good idea to start with the goodies that local joints have to offer. From homey burgers to downright fancy ones, here are some burger recommendations that you can order on Gojek, Grab, or other delivery apps in Jakarta. Lawless Burgerbar made its mark really quickly when it introduced its big, juicy burgers to the constantly hungry foodies of Jakarta. It draws from the spirit and aesthetic of metal, which is heavily reflected in the names of the dishes.

Don’t forget to get some fries on the side. The special jalapeño fries coated with cheese, Jalapenostic Front (Rp.34,000, ~USD2.45) will give you an extra chilli kick. 3. Byurger – where there’s a burger for everyone For something other than the regular patty filled burger, try Uncle Phil (Rp. 60,000, ~USD4.32), which is more like a thick sandwich filled with slices of tender beef along with melted cheese and onion. Vegetarians shouldn’t feel left out because there’s the Herbivore (Rp. 45,000, ~USD3.24).

One last thing to mention about Byurger is that it really thought through its packaging – the burgers are wrapped in a way that’ll help you eat without making a huge mess. All you fancy ladies and gents out there ought to try Three Buns. This premium burger place is so special it even offers three types of buns – brioche, wholemeal, and sesame. It even makes its own sauces.

Baby Huey is the most basic choice, but even this comes with a prime beef patty, along with pickles, mayo, and ketchup. For Rp. 90,000 (~USD6.47), you’ll get all this mouthwatering goodness in a perfect brioche bun.

5. Baconerie – get fancy with some bacon delights As the name of the place suggests, Baconerie is well-known for its bacon, but it’s also worth checking out if you feel like spending some extra cash on quality burgers.

The signature Baconerie Burger is packed with a patty that’s 50% beef and 50% bacon, plus bacon strips, cheese, veggies, and demi glace. The buns are notoriously soft and you’ll also get a generous serving of salad. This hearty meal costs Rp. 120,000 (~USD8.63).

Though it might not be for frequent consumption, its ground patty is one of a kind and definitely worth the additional rupiahs because good bacon isn’t easy to come by in Jakarta. Klenger Burger is an Indonesian chain restaurant that sells affordable burgers, US-style with a local touch. Beef Burgers range from Rp. 14,000 (~USD1.01) to Rp. 20,000 (~USD1.44), depending on how many layers of beef or cheese you prefer to have.

A Cheese Klenger Junior is on offer for children or adults who just want a very light bite for only Rp. 11,500 (~USD0.83). To add some texture to your meal, get a side order of friend Garlic Cassava (Rp 7,500, or ~USD0.54). Think of it as an Indonesian version of french fries, since cassava here is as popular as — if not more popular than — potatoes. Burger Bakar Qebul provides budget burgers that taste like something your mom would make for you. They’re simple and evoke pleasant memories of childhood.

The best part about Qebul for bun connoisseurs is that even though it sells cheap burgers, it goes through the trouble of making their own soft buns sprinkled with a generous amount of sesame seeds.

8. Burgreens – vegetarian and vegan burgers with a bite Burgreens is heaven for vegetarians and vegans, but won’t disappoint meat lovers either, making it great for groups with mixed dietary requirements. The veggie-based patties still have a bite to them and there’s the added benefit of eating healthy burgers that won’t make you feel guilty.

To enjoy a variety of flavors, order the Mini Trio, which is three small versions of Burgreens’ signature burgers – Mighty Mushroom, Beans & Cheese, and Spinach Chickpea – served with chips and organic salad. The whole set is Rp. 75,000 (~USD5.39) and for an extra Rp. 17,000 (~USD1.22), you can ask for gluten-free buns – almost unheard of in burger joints.

If you prefer a regular-sized burger, get the Big Max for Rp. 72,000 (~USD5.16). You’ll get the Might Mushroom and Spinach chickpea patties served in a whole wheat bun. This burger is also served with chips and salad, and you can switch to a gluten-free bun for Rp. 10,000 (~USD0.72).

Whenever an intense craving for burgers hits you, keep in mind that you have more options than you think. Rather than settling for the usual favorites, get out of your comfort zone and let your palate widen its burger vocabulary with these burger joints in Jakarta. 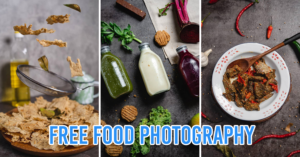 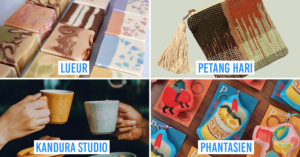