Indonesia has its share of urban legends and ghost stories, as parts of the country have an abundance of haunted places, often with a good amount of spooky stories – often involving tragedy of some sort – in their histories.

If you’re looking for a quick fix of horror stories, you’ve come to the right place. We’ve compiled a list of 8 haunted places in Indonesia and the stories behind them you can share the next time you gather with fellow thrill-seekers and ghost-hunters.

Note: Though we’ve provided the addresses of these places below, some may be located on private property now. Please seek permission from authorities if you must visit them, and go only with trained local guides for your own safety. Anyone who grew up in Jakarta is familiar with the infamous Pondok Indah House, a large abandoned property that used to stand tall in the affluent suburb of Pondok Indah in South Jakarta. Though the house was demolished in 2008, the legend associated with it still stands to this day.

It is said that back in the house’s 1980s heyday, a robbery occurred there, resulting in the deaths of a family of foreigners living there and their maid. Their ghosts were said to have haunted the house since. Sometime after the murder, a nasi goreng seller reportedly entered the house after receiving an order from someone inside, and never came back out.

The house had been sold and purchased several times since, but none of the residents could bear to stay long in the house, reportedly due to sightings of ghosts. The Pondok Indah house urban legend is so notorious that in 2006 a movie about the rumors associated with it, Rumah Pondok Indah, was released. Lawang Sewu is one of Semarang’s most popular tourist attractions, one of the reasons being an urban legend. Currently owned by Kereta Api Indonesia (Indonesian Railway Company), the building now boasts multiple Instagrammable spots and is a beloved photo-op location, but what is said to have occurred there many years ago will send shivers down your spine.

The 117-year-old building is rumored to have been the site of numerous atrocities during World War II, most notably the mass rape and murder of Dutch women by Japanese soldiers during the Japanese occupation of Indonesia. The ghosts of these women, with blood all over their faces, are said to have haunted the place since – as have the ghosts of Dutch guards accompanied by the smell of incense and blood.

It’s no surprise that Lawang Sewu, which literally means “a thousand doors” in Javanese owing to its numerous entrances, is a haven for ghost hunters all over the country. Its notoriety has made it the subject of several local horror-themed TV shows. It’s a given that anyone of Sundanese or Javanese descent has heard of the story of Nyai Roro Kidul, the Queen of the Southern Sea who is said to rule an underwater kingdom in the south Java coast.

The legend of Nyai Roro Kidul is so strong that Grand Inna Samudra Beach Hotel, located and operating in Pelabuhan Ratu in West Java, has a shrine dedicated to the powerful sea goddess. The hotel keeps Room 308 as a shrine for Nyai Roro Kidul, furnished in all green and adorned with offerings.

Whether you are superstitious or not, it is advised to never wear green when you’re around the area out of respect for Nyai Roro Kidul and what is said to be her favorite color, unless you want an audience with the goddess herself in her underwater kingdom. It is said that most people reported to have disappeared along the coastline were, in fact, wearing green attire. Before you drive into Jakarta’s Casablanca Tunnel at night, make sure you honk even if no one’s blocking your way.

This is the site of reported sightings of a kuntilanak, which is the ghost of a young woman who was raped and murdered in the area, for whom drivers are encouraged to honk to “ask for permission” to enter the tunnel. A number of accidents that occurred in the area are said to have been caused by the kuntilanak suddenly appearing in front of vehicles.

In addition, there also have been reported sightings of the ghost of a man who died by suicide in the tunnel. It is said that he hanged himself in the tunnel using a folded banner, and his ghost has haunted the tunnel since.

5. Ancol Bridge, Jakarta – said to be haunted by a murdered ghost Again, this is a place where you want to make sure to honk while driving, thanks to the horror stories behind it. The Ancol Bridge, located along Jalan R.E. Martadinata in Ancol, North Jakarta, is also known as Jembatan Goyang (“Rocking Bridge”) because drivers who drive on it often feel a rocking sensation.

Similar to the Casablanca Tunnel myth, the story behind Ancol Bridge involves a young woman named Maryam, who is said to have been raped and murdered by several men and her body thrown underneath the bridge. Her ghost, known as Si Manis Jembatan Ancol (“the Sweet Lady from Ancol Bridge”), is said to have haunted the area since.

The myth gained renewed interest in the 1990s when a TV show based on the legend, also called Si Manis Jembatan Ancol, was released.

6. Majapahit Hotel, Surabaya – where casualties of an insurgency met their fate The 1945 Surabaya insurgency is one of the most heroic stories from Indonesia’s war of independence, but it is also the source of a famous urban legend and rumored ghost stories.

The insurgency took place at what is now known as the Majapahit Hotel, which was established in 1910, and where Indonesian independence fighters fought against the Allies. There were mass casualties from both sides of the conflict, and unsurprisingly ghosts of the deceased are said to have haunted the place since.

The hotel is currently operated by Accor Hotels, and you can still book a room and stay there when you visit Surabaya – if you’re up for the rumored sightings of crying European women and soldiers in the hotel’s Bromo Room, that is. In 2016, travel blogger Jacob Laukaitis uploaded a video of himself entering a large abandoned hotel complex in Bedugul, 50 km north of Kuta in Bali. The video instantly went viral, bringing attention to the mystery of Pondok Indah Hotel Bedugul.

Rumor has it that the hotel, known as the Ghost Palace Hotel by locals, was a project of former Indonesian President Suharto’s youngest son. It’s said that it was then abandoned after the son was convicted for murder and sentenced to prison.

Another rumor says that the hotel was abandoned in one night by all guests and staff due to a series of supernatural events, triggered by the ghosts of workers who had died from poor working conditions during the hotel’s development.

The abandoned hotel complex is largely unguarded, which means you can freely venture into the area when you’re in an adventurous mood – at your own risk, of course.

8. Potato House, Bandung – haunted by a boy who died in boiling water The story behind the notorious Potato House in Bandung is as bizarre as the name suggests. It is called so as passers-by often report the smell of boiled potatoes coming from the house and sightings of the ghost of a boy, as well as a ‘ghost dog’, at night.

As the story goes, many years ago, a boy died after accidentally jumping into a big pot of hot water when his mother was boiling potatoes. Since then, the house has reeked of boiled potatoes and been haunted by the ghost of the boy, according to witnesses.

The house is currently standing unoccupied in what otherwise seems like a normal neighborhood in Bandung. As expected, it’s a popular ghost-hunting site with people from all over the country coming in the hope of smelling boiled potatoes when they are near.

Whether you believe in supernatural activities or not, we can guarantee that the stories of these haunted places in Indonesia will give you the heebie-jeebies.

Still, no matter how curious you get after reading these stories, it’s always best to play it safe and only visit such places in broad daylight with the permission of local authorities – that is, if you dare. 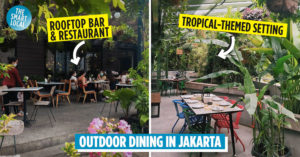 8 Outdoor Dining Restaurants In Jakarta Where You Can Eat Out While Socially Distancing During COVID-19
8 Indonesian Sustainable Skincare & Bodycare Brands You Can Pamper Yourself With While Saving The... 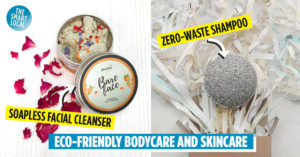