It’s no secret that Bali has been hit hard by the COVID-19 pandemic, due to travel restrictions imposed to curb the spread of the virus affecting tourism on the island.

Understandably, people were outraged when a video of an influencer in Bali painting a mask on her face as a prank went viral, with many perceiving it as a direct insult to those who have been suffering due to the pandemic.

A video uploaded by Taiwanese-American prankster Josh Paler Lin showed him and his girlfriend, a Russian influencer who goes by @lisha0902 on Instagram, trying to enter a local supermarket before a security guard turned them down because Lisha was not wearing a mark.

The two then returned to their car and Lin painted a mask on Lisha’s face before going back to the supermarket and recording the act, boasting about how no one – including the security guard – noticed that Lisha was not actually wearing a mask.

The video has since been taken down following a backlash, but it was reposted by Balinese designer and politician Niluh Djelantik, bringing widespread attention to the incident.

Netizens call for Lin and Lisha to be deported Djelantik reposted a video of Lin and Lisha’s prank on her Instagram, pointing out that people are struggling to get by during the pandemic. She also said that the economy is suffering and called for the Directorate-General of Immigration to deport the two influencers.

“Do not let these people trample on Bali’s dignity,” she wrote.

On Djelantik’s post, a netizen commented, “Hopefully these arrogant people will soon go back to where they’re from.” Another Instagram user said that Lin and Lisha “should be kicked out”.

TV host and comedian Melaney Ricardo also left a comment on the video, pointing out the insensitivity of Lin and Lisha’s antics as a lot of people have lost their loved ones because of the pandemic.

At the time on writing, both Lin and Lisha have set their respective Instagram accounts to private, and no remark on the incident has been made by the Bali Immigration Office.

Indonesians have been struggling due to the COVID-19 pandemic – not only have lives been lost, the economy has also been hit hard, especially in popular tourist destinations such as Bali.

It’s no surprise that insensitive acts labelled as “pranks”, such as the one pulled by Lin and Lisha, are met with a huge backlash as locals are trying their best to get by during these hard times and adhere to public health protocols to prevent further spread of the virus.

While influencers rely heavily on viral content, they should keep in mind that these are difficult times and it’s best to consider the struggles locals face due to the pandemic before engaging in insensitive acts. 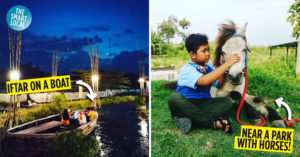 Klaten's Ketjeh Resto: A Waterpark Restaurant Where You Can Have Iftar On Boats
8 Chinese Hotpot Restaurants in Jakarta to Warm Yourself Up Amidst The City’s Torrential Downpours 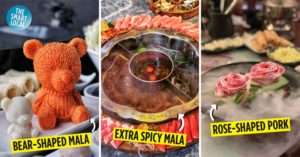