There’s no denying that Indonesians love spicy food, but there are times when not even water is enough to cool down our taste buds. Most will opt for a glass of milk, but drink too much of that and you’ll feel bloated even before you finish your Samyang noodles.

Enter Banami Banana Milk Spray, Kopitagram’s latest release after its Banami banana milk drink that went viral on TikTok, that promises to quell the fire on our tongues.

Nobody asked for a milk spray, yet here it is The spray, said to be the first of its kind in Indonesia, is exactly what it says on the label – it’s banana milk in a bright yellow spray bottle, which you consume by spraying directly into your mouth.

A handy solution when your food gets too spicy Naturally, Banami has advertised its banana milk spray, priced at Rp. 35,000 (~USD2.43), as a handy solution when your food gets too spicy.

Rather than desperately chugging multiple glasses of water to ease the taste, you can instead spray the banana milk into your mouth until it cools down – that way you’ll still be able to cool down your taste buds without feeling bloated from drinking too much.

Banami’s banana milk drink has been enjoying an increase in popularity after it has gone viral on TikTok, with users posting videos of them drinking the product, which is said to be inspired by Korean banana milk.

A video posted by TikTok user p.jinjuu16, featuring herself promoting the drink for those who long to visit Korea during the pandemic, has so far amassed over 185,200 views.

We’re not surprised Korean banana milk – the favorite drink of many a Korean kid – has resurged in popularity again ever since Kopi Yor released its Banana Indomilk Coffee, but its spray form is indeed a uniquely Indonesian innovation.

For the time being, Banami’s Banana Milk Spray is only available at selected supermarkets and Kopitagram’s outlets in Tomang, Pasar Minggu, Tanjung Duren, and Sunter in Jakarta.

However, you can also order the spray from the comfort of your home through Kopitagram’s official store on Tokopedia, in preparation for your next spicy food adventure. 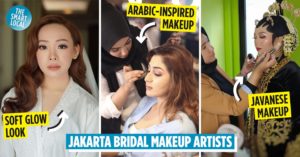 8 Jakarta Bridal Makeup Artists Who'll Visit Your Home Or Travel With You For Your Destination Wedding
Banyuwangi Guide - What To Eat, Where To Stay, & Things To Do On Java... 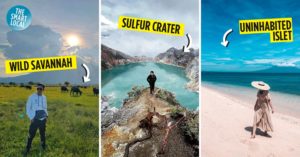