With the Indonesian capital’s traffic and air quality making face masks a good idea long before COVID-19 was even a thing, visiting green spaces and nature attractions in Jakarta has always been a much-welcome idea for anyone who needs some fresh air to clear their lungs.

Read on as we bring you 8 parks, islands, and nature attractions in Jakarta where you can slow down, take a stroll, and appreciate nature and greenery. First established in 1864 by the Dutch East Indies Flora and Fauna Lovers’ Organization (Vereneging Planten en Dierentuin), the zoo’s major highlight is the Schmutzer Primate Center where you can see gorillas, chimpanzees, and orangutans in a 13-hectare complex that mimics their natural habitats. This area is named after the late artist and animal lover Pauline Antoinette Schmutzer, who, after noticing the lack of action and attention towards animals in the country, donated her entire estate to the center. Known as one of Jakarta’s happening culinary hotspots with the likes of GIOI By The Farm and the Pantjoran PIK food court, Pantai Indah Kapuk has one major ace up its sleeve: it’s also home to a mangrove forest — complete with local wildlife.

A hidden gem in every sense of the word, Pantai Indah Kapuk’s verdant mangrove forest — full name, Angke Kapuk Nature Tourism Park or Taman Wisata Alam Angke Kapuk in Bahasa Indonesia — is a welcome respite from the hustle and bustle of Jakarta’s city life. Here, visitors can stroll, breathe in the fresh, cool air, listen to tropical birdsong, and even rent a canoe for Rp. 100,000 (~USD6.96) or a speedboat for Rp. 350,000 (~USD24.36) to explore the lake.

As you navigate the waterway, be it on a canoe or a speedboat, expect stunning views of the surrounding mangrove forest while taking a breath of fresh air that can make you momentarily forget that this is still part of Jakarta.

For those looking to do more than just taking photos for the ‘gram, visitors can also sign up for a short course on the environment, complete with a hands-on experience in planting mangrove seedlings. Pramuka Island, one of many nature attractions in Jakarta’s nearby Thousand Islands
Image adapted from Risma Aprilianti

One of the islands in the famed Thousand Islands — or Kepulauan Seribu to the locals — located just off the coast of Jakarta, Pramuka Island is best known perhaps for its sea turtle conservation drive. Here, tourists can take part in the island’s drive to conserve the endangered hawksbill sea turtle (Eretmochelys imbricata) by joining in short tours, as well as by observing the exotic turtle hatchlings which are housed by the conservators on the island before they get released back to the sea.

Of course, while you’re at it, you can snorkel, island-hop via boat rides, and try the local restaurants’ seafood here. Homestays with local families are aplenty and a mosque, Masjid Al-Makmuriyah, is available for Muslim visitors to visit and pray.

4. Pari Island – snorkel among corals off the coast of Jakarta As part of the famed Coral Triangle, also known as the center of abundant marine life and diversity, it’s no surprise that Indonesia offers many idyllic beach getaways with a wide range of marine activities tourists can partake in, and Pari Island is no exception. Image adapted from: Jakarta Office of Tourism and Culture

Here, one can take part in its famed coral rehabilitation project, during which tourists and locals alike, allot 30 minutes of their day to help restore coral reefs by transplanting coral polyps back into the wild. Aquaman would be proud.
Once you’re done, dive right back in with a snorkeling tour, and enjoy the wonders you’ll find in this marine paradise. It’s no secret Indonesia is blessed with a plethora of marine biodiversity, and SeaWorld Ancol is the best place to start exploring the country’s rich marine life.

Part of North Jakarta’s Ancol Dreamland, or Taman Impian Jaya Ancol to locals, SeaWorld Ancol houses 19 seawater tanks, including the Main Tank which is the largest seawater aquarium in Southeast Asia, as well as 9 freshwater tanks and 4 artificial open pools.

Prepare to be awed as you get up and close to the abundance of marine animals with only the tanks’ acrylic walls between you and the animals, especially the chilling Shark Aquarium where you can see some of the sea’s most infamous predators with your own eyes. You can also take a stroll along Antasena, a 80-meter tunnel with part of the Main Tank right above your head. Every so often a giant stingray will swim over the tunnel, much to the delight of visitors, adults and children alike. Owned by and part of the University of Indonesia – the country’s oldest public university, the 90-hectare UI City Forest is a popular destination for those looking for a vast green open space in close proximity to the Jakarta city center. The man-made forest boasts two tracks popular with cyclists and joggers alike and is surrounded by six artificial lakes which supply water to the greenery. It also has a mountain bike park for those who feel adventurous. Cycle through rich vegetation, which includes teak, matoa (Pometia pinnata), and rubber trees among others, to catch some views of nature and fresh air.

7. Taman Menteng and Taman Suropati – green open spaces with plenty of nearby dining A group of cyclists poses in front of one of Taman Menteng’s glass houses
Image credit: @abah.lee_official

Jakarta is famous for being a concrete jungle, but at the heart of the city lie several green open spaces that provide a breath of fresh air, including Taman Menteng and Taman Suropati in Central Jakarta.

A highly popular center of activities in Central Jakarta, the 30-hectare Taman Menteng contains, among others, a basketball court, a futsal pitch, a jogging track, and a fountain. The park is perhaps best known for its glass houses where visitors flock to take selfies amid the green open space. With plenty of restaurants serving cuisines from Vietnamese to Thai to Turkish food nearby, this is an easy choice for social gatherings. It is also a popular exhibition spot, often featuring works from students of the nearby Jakarta Institute of the Arts. Not far from Taman Menteng, Taman Suropati boasts a vast green area where visitors come to jog, cycle, or simply take a walk around. Cool off by the park’s fountains by day, and people-watch among the musicians and urban sketchers who visit in the evening. One of the sculptures that form part of the ASEAN Monument
Image credit: Rachmat04/Wikimedia Commons

The park is also home to the ASEAN Monument, consisting of sculptures made by artists from Indonesia, Thailand, Singapore, Malaysia, and Brunei to symbolize unity between ASEAN countries. Located in West Jakarta, the 15-hectare Srengseng City Forest (Hutan Kota Srengseng) is a popular weekend getaway destination for those looking for a bit of greenery without having to stray too far from the city. The city forest has a track where visitors can jog or cycle around the area while enjoying the breath of fresh air provided by the abundance of trees. Another popular activity in the area is fishing thanks to the city forest’s freshwater pond. Visitors often bring their own fishing equipment such as hooks and lines as they visit the area in the hope of catching a carp or tilapia.

While Jakarta is best known as an urban jungle, it’s not short of nature attractions that you can visit whenever you need to take a break from the city’s hustle and bustle.

Especially as outdoor activities have grown popular during the pandemic, it’s always a good idea to escape to nature every now and then to recharge without straying too far away from the city center. 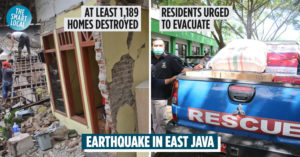 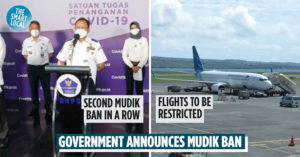