College student danced to Blackpink hit song for his graduation

For many, college graduation ceremonies are typically solemn affairs where you take your first step into adulthood together with your fellow graduates. But Dhanar Jabro Febiansah, known to his peers and fans as Jabro, is not your typical college student.

During his graduation ceremony from University of Dr. Soetomo, or Unitomo, in Surabaya, fellow graduates and faculty members were treated to a one-man show from Jabro. In full graduation regalia, he performed a dance cover of Blackpink’s “How You Like That” at the personal request of the university’s rector. Unlike other universities in Indonesia that had to rely on unorthodox online graduation ceremonies because of the COVID-19 pandemic, Unitomo found a middle ground. While most students still had to celebrate their graduation from home, others attended the ceremony in person wearing personal protective equipment (PPE). The rector talking with Jabro and his mother
Image credit: Unitomo Surabaya

Of course, graduates expecting a typical ceremony were quickly proven wrong as Unitomo’s rector, Dr. Bachrul Amiq, called one of his quirkiest graduates, Jabro, up on stage. The reason? To put on a show for all of the graduates and faculty members in attendance. Jabro sassily strutting to the stage for his performance
Image credit: Unitomo Surabaya

As if Jabro had been waiting for this moment his entire life, he asked for Blackpink’s “How You Like That” to be played and took charge of the ceremony for his performance. Sadly, the audio for the official live stream cut off at this point but Jabro has kindly tweeted a video of his performance complete with the song for all of us who couldn’t be in attendance.

Strutting to the stage with all the sass and attitude that we feel even the K-pop girl group sensations would be proud of, Jabro channelled Blackpink while still wearing his graduation robe. Even netizens are left in awe as his tweet has garnered more than 1,6 million views and 70,000 likes at the time of writing.

Jabro might have graduated with a Communications degree but we’re pretty sure that’s not the only reason why he could have a career in showbiz. After his video went viral, netizens were quick to commend him on both his dancing skills and awe-inspiring confidence.

In Javanese, netizen @arganggrr compared Jabro’s dancing flexibility with that of mie nyemek, a Javanese dish of fried noodles served wet with just a little broth. Meanwhile, netizen @ZoelHelmiLubis1 praised Jabro for his confidence even when performing in front of the rector and other esteemed guests. They added that while naysayers might brand Jabro mad for this stunt, they chose to salute his confidence instead.

In his Twitter caption, Jabro mentioned that even his rector was left amazed at his breathtaking performance. From the reactions we saw from netizens, we’re pretty sure the feeling is universal.

College graduate danced to Blackpink for his commencement ceremony

If you’re a fan of Jabro’s performance, check out his Instagram page for more of his antics. While we’re on the matter, let’s not forget the rector’s part in all this, as he officially sanctioned an impromptu K-Pop dance cover right in the middle of the graduation ceremony.

Oh, how we wished we could’ve had a rector half as cool as Bachrul Amiq when we’re in college.

For more of Indonesians’ awesomeness, check out these stories: 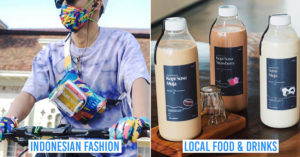 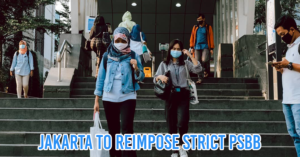