For 28 years, the Indonesian national women’s volleyball team athlete who went by the name of Aprilia Santini Manganang had been presenting as female. He had bagged many international championship awards during his time in the team, which gained him popularity in the Indonesian sports industry. However, not many knew that he had suffered from a condition of the external genitalia called hypospadias.

As he identifies as male, he got corrective surgery in March of this year, which then allowed him to officially state his identity and gender as male. This was approved by the court on 19th March 2021.

Today, he goes by the name Aprilio Perkasa Manganang and has joined the Indonesian army as a male sergeant. Before joining the Indonesian army, Aprilio had been a part of the national women’s volleyball team as an athlete and had represented Indonesia in many international tournaments from 2011 until his retirement in 2020.

However, his volleyball career was not controversy-free, and at the 2015 Southeast Asian Games, the Philippine national team filed a report disputing Aprilio’s gender. No further action was taken.

After his gender was officially recorded as male and his name changed to Aprilio, the Indonesian volleyball federation decided not to strip Aprilio of his titles. Today, Aprilio has joined the Indonesian army as a second sergeant and is living a full life in his hometown, Tahuna in North Sulawesi.

While the reason for his change in profession has not been shared by Aprilio, the Indonesian army fully supported Aprilio’s decision to receive his surgery and join the army. Aprilio with a team of doctors after the surgery
Image credit: @manganangfans27

Aprilio had corrective surgery for hypospadias – a rare congenital condition where the opening of the male genitalia is not in its usual location but is found on the underside of the organ, causing it to appear partially developed. This makes it difficult for people with this condition to urinate and have sexual interactions as most men would.

Hence, Aprilio was raised as female from birth. According to reports, there are fewer than 15,000 cases of hypospadias in Indonesia annually, and the condition is treatable through corrective surgery.

The court ruled in favour of Aprilio’s gender & identity change

On 19th March 2021, the North Sulawesi court ruled in favour of Aprilio to change his gender and name in legal documents. The announcement was done virtually, while Aprilio was accompanied by his family. The court announced that he can be now called Aprilio instead of Aprilia, and that his gender in legal documents would now be written as “male”.

This is a progressive step taken by the court and we hope this can bring confidence to people with similar conditions who want to make such a transition and live their lives fully. We wish Aprilio Perkasa Manganang all the best in his army career. 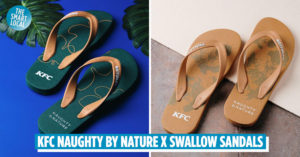