It’s official, the bicycle renaissance is alive and kicking in Jakarta. Pushed in part by the COVID-19 pandemic, more and more Jakarta residents are taking out their bicycles to avoid crowding in public transportation and keep themselves fit.

If you’ve been left on the sidelines and are suffering from FOMO, these 8 bike shops in Jakarta should help get you sorted. From the most affordable folding bikes to electric bikes that will help you zoom across the city faster, you’re never going to run out of options with these shops. As the official retail shop for one of Indonesia’s premier bike brands Polygon Bikes, Rodalink is a great place for those just starting out. From the more affordable Urbano 3 (Rp. 4,000,000, ~USD284.03) folding bike to the enthusiast-grade Siskiu N9 (Rp. 39,500,000, ~USD2804.77) mountain bike, all of Polygon’s bikes are assembled in their factory in Sidoarjo, East Java.

For those who’re already Polygon converts, Rodalink also doubles as a bike service shop and carries plenty of aftermarket parts from Shimano and Brooks in addition to Polygon’s own line. If you’re feeling overwhelmed by all the available options, their in-house mechanics are always ready to give you some pointers. With several locations spread around the city, which you can check here, Rodalink’s after-sales service network is also easily accessible no matter where you live. For long-term customers, they also have a free membership program with benefits ranging from discounts on parts and services and exclusive invites to Rodalink’s events where you can get in touch with fellow cyclists. United’s showroom in Alam Sutera is by far the biggest in the Jakarta metropolitan area
Image credit: @ungki_wd

United Bike might not have the same prestige as the more globally-recognized Polygon but what they lack in cachet, they make up for with sheer quality and variety. With a wider range of products, you can definitely walk out of United’s showroom with a new set of wheels to your taste. The Trek Madone bike has one of the best aerodynamics in the world for road bikes
Image credit: @albertsanjaya

The United HQ in Alam Sutera, Tangerang is pretty much a cyclist’s nirvana with both floors of the building populated by bikes, parts, and riding gear as far as the eye can see. Aside from United’s own bikes, the showroom also carries products from Trek, the largest bike manufacturer in the USA. The Trifold series folding bike is one of United’s most popular products and often sold out
Image credit: @mendadakbike

If you can’t make the trip all the way to Alam Sutera, United also operates smaller Build A Bike shop outlets spread all over the city but with a more limited selection of bikes. If you’re looking to cross shop between local brands, Serba Sepeda is a good place to start
Image adapted from: @serbasepeda

Concise and to the point, Serba Sepeda translates to ‘everything bicycle’ and that’s exactly what the retail chain offers. If you’re looking to cross-shop, they stock every Indonesian bike brand known to man, from major players such as Polygon, United, Pacific, and Element, to newer, niche brands such as Bike N Bike (BNB) and Thrill. Given how steep pricing for Brompton bikes can get here, the 3Sixty range makes for a compelling alternative
Image credit: @3sixtyofficial_id

Notably, Serba Sepeda is also one of the few places where you can get 3Sixty folding bikes, the Brompton clone from China that offers similar quality for a fraction of the price. The lower-end M3S starts at Rp. 9,000,000 (~USD638.41) but given the demand, there’s a waiting list for the bike. Camp is one of Element’s sub-brands and they’ve recently gone the collab route with actor and martial artist Iko Uwais
Image credit: @serbakemenangan

No matter which brand you’re going with though, you’d still end up with Serba Sepeda’s excellent service. All bikes bought and assembled from their outlets, listed here, receive a lifetime of free service, excluding the cost of spare parts, and while that might seem small, the benefits will definitely add up over time.

Typical mom-and-pop bike shops in Jakarta tend to not have the kind of selection offered in the bigger retail chains but Yerikho Bike Shop is the exception to the norm. Sitting on the outskirts of East Jakarta, the location is a bit out of the way but their eclectic selection is every bit worth the trip. Aside from big-brand local bikes, they carry the rarer London Taxi Bike, a local bike brand with designs inspired by vintage UK bicycles. Thanks to skyrocketing demand, stock rarely lasts long so if you’re on the hunt for one, the best advice we can give you is to keep a close eye on their Instagram feed.

While Yurikho typically sticks to or even undercuts the usual retail price, this current bicycle boom has made a mess out of that with prices fluctuating for the rarer bike models. One Bike Shop is one of the few places in Jakarta where you can score Bike Friday’s folding bikes
Image credit: @onebikeshop

Even before the bicycle trend hit Jakarta, the city already has plenty of specialist bike shops such as One Bike Shop. Located in the Senayan Trade Center (STC) shopping mall, they specialize in imported folding bikes, ranging from Brompton, USA’s Bike Friday, Taiwan’s Tern and UK’s Hummingbird, famous for their extremely light folding bikes. The days where Brompton bikes can sit folded on the shop like this is long gone as new bikes fly off the shelves immediately after they arrive
Image credit: @onebikeshop

Do note that because of the sky-high demand for Bromptons right now, expect to be put on a waiting list and having to pay market prices way above the standard. Given the current situation, we recommend going with Tern Link bikes as they start at around Rp. 5,500,000 (~USD390.14) with excellent riding quality for the price and are almost as compact as much pricier bikes.

If you’re already a Brompton convert though, you still should familiarize yourself with the shop. Despite the small space, they double as a workshop and they’re one of the few people you could trust to work on your imported folding bikes.

6. Delta Cycles – customized folding bikes for experienced bikers who know what they want A folding bike built completely from scratch, from seat to saddle to handlebars to brakes
Image credit: @deltacycles

The ground floor of the STC shopping mall has long held a reputation as the place where Jakartan bike connoisseurs can indulge in their hobby with model and bike shops aplenty. Aside from One Bike Shop above, cyclists can also browse two-wheelers at Delta Cycles. If you like to tinker with bikes, their workshop is always worth a visit
Image credit: @andoyonoputranto

Unlike the former, Delta Cycles specialize in customized folding bikes, providing a service for those looking to build a bicycle that is uniquely their own. The frame used here is mainly Fnhon, a more affordable frame inspired by USA’s folding bike giant, Dahon.

Fair warning though, this DIY route usually translates to higher prices than if you were to get a complete bike. Expect to shell out at least Rp. 15,000,000 (~USD1065.10) to build your own bike, all parts included.

7. Bike One – road bikes for those with a need for speed While folding bikes are great for short commutes, you need more serious firepower if you want to tour city to city. That firepower comes in the form of road bikes and in Jakarta, one of the best places to shop for these beasts is Bike One. Enigma’s bikes are made of titanium and are stronger, lighter, and more expensive than steel frames
Image credit: @bikeone_indo

From Italy’s Pinarello to Enigma’s titanium bikes straight from the UK, all the bikes available here are engineered for riding on smooth, paved roads.

Of course, you’re going to want to look the part and to minimize drag as much as possible, the riding gears from Giro and Cafe du Cycliste sold here should do the trick. With a focus on race and mountain bikes, Specialized from the USA is one of the bigger names in the world of premium bikes. While their S-Works series of bikes have a reputation of being best suited for pros, they do have rides that should suit casual riders to a T. Bike fitting ensures your new ride fits like an extension of your body
Image credit: @specialized_bintaro

In fact, it’s the adjustability that makes the brand’s flagship store in Bintaro, South Tangerang worth a visit. While their other bike shops in Jakarta are located closer to the city’s center, the flagship store has a complimentary bike fitting service where specific adjustments can be made in order to find the most perfect balance for the bike and the rider.

Other than helping you stay fit, bikes are a great way for you to avoid the crowds of rush-hour commuters, which is especially important during the pandemic. Luckily, as these bike shops in Jakarta have shown, quality bikes don’t have to be financially prohibitive no matter which tax bracket you belong to.

For more guides on living a healthier lifestyle, check out these stories: 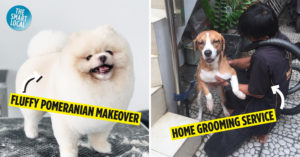 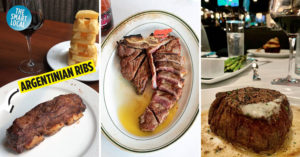