Indonesian books to check out

Indonesian literature doesn’t only consist of canonical works which have been praised for many decades. Modern events have also given birth to new types of writers who talk about issues that are different from those tackled by their predecessors.

Those of you who are eager to check out some of the local literary scene’s talented writers should definitely check out the following Indonesian books that range from short fiction to poetry. Written in Indonesian and English, these books can give you a glimpse of Indonesia’s diverse writers working today. There is a small margin for error when it comes to short stories because so much has to be said in so few pages. Cyntha Hariadi, a writer and poet whose crisp style makes her work always refreshing to read, shines in her short story collection, Manifesto Flora (2017).

What makes Cyntha’s book stand out is the experience of reading it. You don’t always know what to expect. There are little surprises in the way the tone shifts – one moment there is calmness, and the next there’s a burst of anger.

“Dinda Bukan Puisi” (“Dinda Is Not a Poem”) starts off like a love letter to a woman, but in less than two pages, the tone changes rapidly. Manifesto Flora is a treat, and it deserves to be read over and over again not only for the emotions, but also for the craft. Sabda Armandio’s Dekat dan Nyaring (2019) is a slim volume that packs a punch. This novella centers on the lives of residents living in Gang Patos, an impoverished community situated by a river tinged with a mysterious history.

The dismal state of Gang Patos has forced many of its inhabitants to leave, save for the story’s main characters that range from a resourceful warung owner Edi to a dubious woman named Kina. “Dekat” (close) and “nyaring” (loud) are two words that set the tone for this story – making us turn each page with caution as more and more unsettling facts surrounding life at Gang Patos become harder and harder to ignore. Personal essays can bring the reader into the writer’s world. This is especially so if a writer can strike a balance between the personal and the universal. Writer, poet, and translator Gratiagusti Chananya Rompas, who goes by Anya, manages to strike a healthy balance between the two in her collection, Familiar Messes and Other Essays (2017).

From the start, we get snippets of Anya’s life told in a voice that’s at once casual and endearingly self-aware. She talks about wanting to wash her face in the morning, dealing with intrusive thoughts as she tries to get some work done, and reading a book while waiting for her daughter at ballet practice.

One thing’s for sure: Anya is not shy about sharing moments of happiness and sadness. Perhaps it’s because she’s confident that her readers will understand that life is indeed messy. Dea Anugrah’s Hidup Begitu Indah dan Hanya Itu yang Kita Punya (2019) is a collection of essays on a wide range of topics. He talks about writers and writing, war, the banana trade, and history. Each essay is rich with references, which clearly shows that he is a dedicated reader in addition to being a talented writer – for example, he cites writers such as Marcel Proust and Ernest Hemingway.

As a writer, poet, and journalist, Dea has a way of making unconventional topics interesting and graspable through his style that is simultaneously distant and intimate, such as when he discusses the link between geopolitics and grief. Readers looking to expand your knowledge on literature and current affairs should pick up a copy of this essay collection. By the final page, you will have learned something new in a way that you didn’t expect to. Fans of 2000s music and pop culture might want to consider picking up a copy of New Dawn Fades: Panduan Mendengarkan Musik Awal Milenium (2018). Consisting of essays written by Taufiq Rahman, Harlan Boer, and Adi Renaldi, this collection introduces how the wider cultural contexts that make a certain genre or album resonate with listeners are as important as the music itself.

For example, in the essay “Nostalgia Beirut Di Tengah Resesi” (“Beirut’s Nostalgia in the Midst of a Recession”), we see how the economic downturn that hit the US in the late 2000s gave birth to escapism in music through bands such as Beirut.

In addition to critical commentary, the book also features recommendations of albums from the international scene as well as the local scene – providing indie rock and pop songs that you might want to add to your own playlist. The book discusses how colonialism wasn’t the only thing that had an effect on Indonesians’ views towards race, particularly the glorification of fair skin. The title of the Indonesian translation highlights the word “putih,” which means white – specifically referring to light skin.

Those who are interested in the intersection between gender and race will also find this book extremely valuable, as racial issues are still relevant in Indonesian society today. Rhymes tend to make poems seem old-fashioned, but Farhanah uses them so well in Masuk Toko Keluar di Tokyo (2018). This makes her poems great to read aloud to friends, or even to yourself. Farhanah makes the humdrum of everyday life bearable through her playful approach to poetry, especially when she touches upon serious topics such as not having health insurance or being exposed to the toxicity of the creative scene.

In “Trackpad Ini Berminyak” (“This Trackpad is Greasy”) she seems to be talking about the difficulties of trying to write poetry while slaving away as an office worker – using humor effectively, so we’ll end up laughing not because of a clean punchline, but because we recognize the situations she observes and pokes fun at.

8. we are nowhere and it’s wow. by Mikael Johani

There are times when we feel that we don’t quite belong to a certain place, and sometimes that feeling can last for a long time. Mikael Johani shows how he refuses to succumb to such a lonely state of being, and instead chooses to explore the reality of being neither here nor there in his poetry collection, which is predominantly written in English, we are nowhere and it’s wow (2017).

Mikael’s poems are experimental, cheeky, and uniquely moving. They are written by a person who seems to be convinced that any sense of belonging is quite possibly a myth. He treats language as if it were a game, but constantly breaks the rules – dancing through multiple languages and playing with punctuation to get his point across.

For those who find solace in the openness of poetry, this book is entertaining, challenging, and overall a delightful read.

Indonesian books to check out

Through these Indonesian books, you’ll get to see what Indonesia and the world looks like from the eyes of today’s writers. You might even experience a personal revelation and realize that maybe we’re all not so different after all. 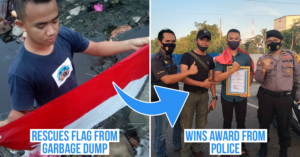 High School Student Rescued National Flag From Garbage Dump, Commended By Police For His Patriotism
Independence Day Takes A Sappy Turn As Magelang Locals Compete To Hold Back Tears When... 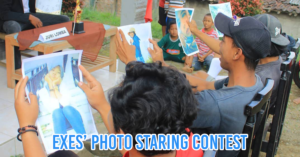